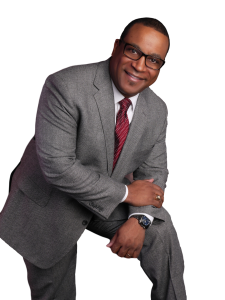 Born in Baltimore, Maryland to Edward and Delois Billips, The Reverend Doctor Eric Ray Billips, Sr. was both converted and called to the ministry at an early age. He attended and graduated from the Baltimore City public school system. As a student in high school, he preached his trial sermon at the young age of 15 at Allen AME Church (Baltimore, Maryland) under the pastorate of the Reverend Ronald E. Braxton. Following high school, Reverend Billips moved to Wilberforce, Ohio to attend Wilberforce University, where in 1986 he graduated and was ordained an Itinerant Deacon by Bishop Richard Allen Hildebrand.

Upon graduation from Wilberforce in May of 1986, Rev. Billips returned to Baltimore where, having assisted in small and medium sized congregations, he felt the need to gain the experience of the larger congregation and joined Bethel AME Church (Baltimore, Maryland) under the leadership of Bishop John R. Bryant. In 1988, he was ordained an Itinerant Elder and subsequently assigned as the pastor of Bethel AME Church (Port Deposit, Maryland) by Bishop John Hurst Adams.

Serving Bethel for three years, Rev. Billips felt the call to serve the church beyond the Second Episcopal District. He was transferred to Texas where he pastored for 21 years.  While in Texas, Rev. Billips attended and graduated from Brite Divinity School of Texas Christian University (Ft. Worth, Texas) with a Master of Divinity degree.

During his pastoral career Rev. Billips has served as the secretary for the Central Texas, the North Texas and the Northwest Texas Annual Conferences. He has been elected as a delegate for the 47th, 48th, 49th and 50th sessions of the General Conference of the African Methodist Episcopal Church. He has served on the Texas Conference Board of Examiners, Board of Instructors, and Board of Trustees and, along with his wife, as the Tenth Episcopal District Directors of Christian Education. He also served as president of the Galveston Ministerial Association, Galveston Interfaith Ministries, and a member of the Northside Task Force.

In February of 2013, Rev. Billips was assigned along with his wife, Rev. Myra T. Billips to Mount Zion A.M.E. Church in New Brunswick, New Jersey, by the Rt. Rev. Gregory G. M. Ingram. The Billips became the first pastoral team to receive an official dual pastoral appointment in the First Episcopal District, and one of the few husband and wife teams with both names on a pastoral appointment throughout the connectional A.M.E. Church.

While at Mount Zion, the Billips were able to liquidate the church mortgage. They also enrolled in Payne theological Seminary, where in May of 2018, both of them graduated with their Doctorate of Ministry Degrees.

In June of 2018, Bishop Ingram assigned the Billips to North Stelton A.M.E. Church in Piscataway, New Jersey, where in 2019 the Billips along with the members were able to liquidate the church mortgage.

Rev. Billips is happily married to the aforementioned Rev. Dr. Myra Billips, an empowered and enthusiastic proclaimer of the gospel. The Billips’ have four children Oliver; Eric, Jr.; Amaris; and Timothy. They are also the proud grandparents of McKenzie, Elijah, Eric III, Derrick, Darren and Sire. 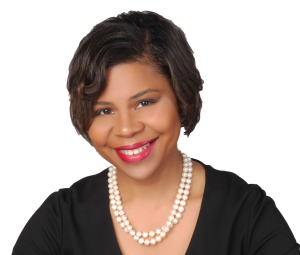 Is a fresh prophetic voice in the Body of Christ proclaiming a Gospel that reaches all generations. Her powerful teaching and preaching and charismatic style of worship has changed the lives of many from Texas to South Africa. She has had many opportunities to preach God’s Word, two of which should be noted are the Connectional Women’s Missionary Society Quadrennial 2003 and the General Conference 2004, RAYAC Revival. She is a cradle member of the African Methodist Episcopal Church and is the 10th child to the late Presiding Elder William D. Turner and Mrs. Martha L. Turner.

Dr. Billips holds a Bachelor of Arts degree from Paul Quinn College in Dallas, Texas, a Master of Divinity degree with a concentration in Black Church Studies from Brite Divinity School at Texas Christian University, Fort Worth, Texas and a Doctor of Ministry from Payne Theological Seminary, Inaugural Class, Wilberforce, Ohio. Her dissertation focused on the emerging phenomena of Clergy Couples through the Lens of Liberation Theology.

Dr. Billips’ ministry began in 1995, and she has experienced many firsts as a female pastor. She was afforded the opportunity to be the first female to preach at a City-Wide Martin Luther King, Jr. celebration for the League of Involved Women’s Association in Northeast Texas, while serving as the Senior Pastor of Allen Chapel, Coolidge, Texas. In addition, she is the first female pastor to join the Lake Como Interdenominational Ministers Alliance in 2004 in Fort Worth, Texas, the first female co-pastor at Johnson Chapel, Fort Worth, Texas, Shiloh A.M.E. Church, Galveston, Texas, and Mount Zion, New Brunswick, New Jersey. She served along with her husband as the first Co-Christian Education Directors for Tenth Episcopal District. Dr. Billips also served as the first female Chairperson for Ministerial Efficiency Committee in the Texas Annual Conference, in the Tenth Episcopal District.

Her civic, community and professional affiliations past and present include: Who’s Who in American Colleges and Universities; Board member for St. Vincent’s House; co-writer of the Robert Wood Johnson Hospital's Healthy Food Guidelines for houses of worship which serves as a model for other ministries throughout New Jersey; and an advocate for women who suffer from abusive relationships.  Pastor Myra and her husband were featured in the Robert Wood Johnson 2014 Calendar couples against domestic violence.  They are members of the National Association of the Advancement of Colored People (NAACP) and recipients of the Mother Bethel Community Service Award. Dr. Myra is co-founder of BGlobalMinistries.  She is a proud member of Delta Sigma Theta Sorority, Inc., as well as a workshop and conference facilitator for clergy couples, women’s ministries, and leadership retreats.

She is excited that she has served the last sixteen years with her husband and devoted partner in ministry Reverend Dr. Eric R. Billips, Sr., as co-pastors; and they are now serving as the Senior Pastors of North Stelton, A.M.E. Church, Piscataway, New Jersey. It is proper and fitting to note that they are the first pastoral team to receive a co-pastoral appointment in the First Episcopal District and one of the few husband and wife teams with both names on the Pastoral Appointment throughout the A.M.E. Connectional Church. Pastor Myra is the proud mother of four gifted children and six grandchildren.  She lives by her favorite scripture, “Whatever you do, work at it with all your heart, as working for the Lord, not for human masters.” Colossians 3:23.